Gem Of The Day: “No Time for a Gem. We Have A Medical Emergency.”

To make a one time donation, or a monthly donation to Small Paws Rescue, you may use your major credit card securely, at this site. Enjoy our user friendly, secure site to make your credit card donations.

We received a call from an employee at Blue Pearl Pet Hospital, Northfield Il. 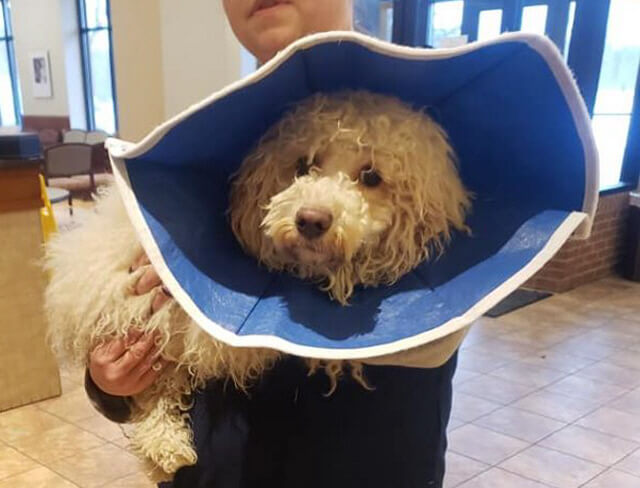 Meet little “Linus” and he needs more than a security blanket. He needs us.

He weighs only 11.6 pounds and he was hit by a car. He was brought in by a good Sam who found him lying in the road of an intersection near Chicago. He is about 8-9 months old (he still has his puppy teeth) and he is very sweet. 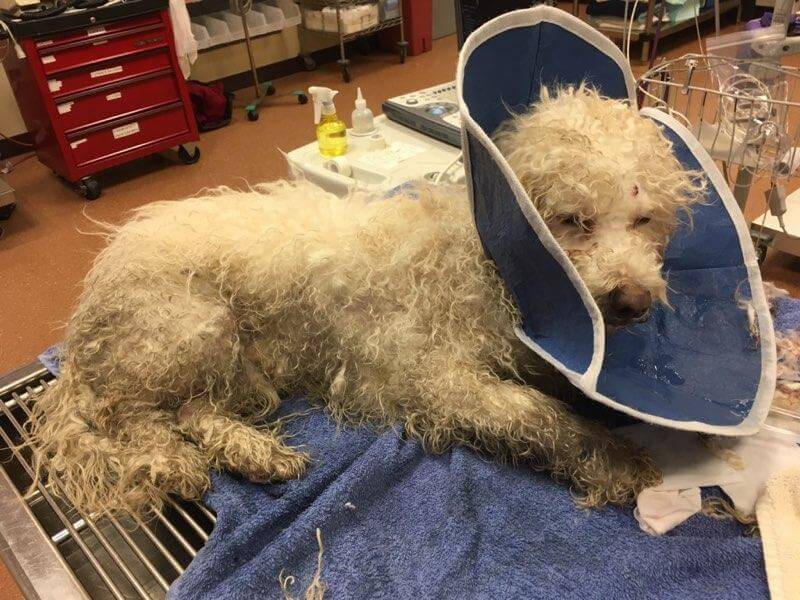 Unfortunately, preliminary x-rays show that one of his vertebrae is cracked near his spine. L-7. He is on something for pain until we can get an emergency MRI done when the Neuro Team comes in, in the morning.

He still has bowel and bladder control, which is good news when there is a spinal injury. 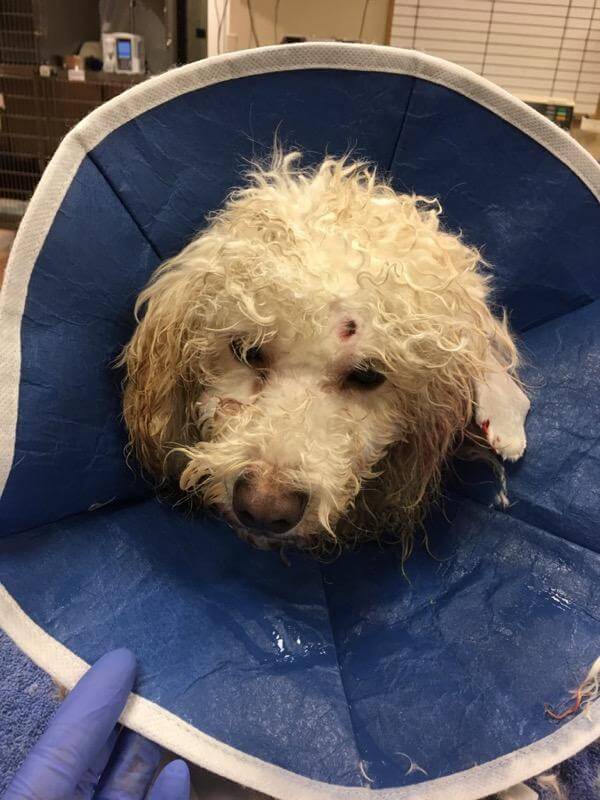 As you can see, he was banged up. I’m just thankful he survived being HBC . 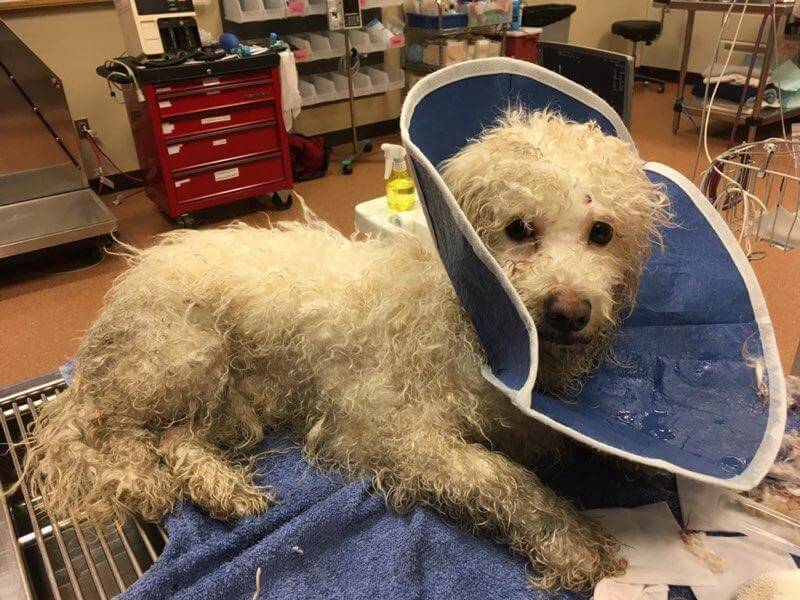 Linus is alert when someone speaks to him and wags his little tail. He just hurts.

They have posted everywhere, online and at shelters, to try to find an owner, to no avail. There was no I.D. or microchip and so far, Linus hasn’t said a word. This happened on Monday night. We learned about him on Wednesday and got custody of him yesterday, on Thursday.

He needed a Neurological consult but they did not have a neurologist at this Blue Pearl.

One of their surgical techs has been approved to be an SPR volunteer and on her day off, Thursday, she took him over to VCA Auroro Il. where she had worked in the Neuro department, so they know her. There are two neuro surgeons there. (Thankfully, she is also going to foster Linus.)

The problem was that neither of their two neurologists DO this kind of surgery, spinal fracture repair.

So they said we had to move him to a hospital that DOES Spinal Fracture Repair.

Medvet of Chicago, the same folks who saved our little Elf last month, DOES do Spinal fracture repair.

Linus is there now. He was checked into emergency there at around Midnight, about 10 minutes ago.

Linus is still able to use the bathroom both ways and he can wag his tail a bit, so this isn’t a case of lost deep pain sensation, yet, but they told me with each passing day he may lose more motor and neurological function, if he doesn’t have this surgery by today or tomorrow, Saturday.

The estimate for the MRI and surgery, with our rescue discount is around $6,000.00.

Medvet has been good about staying on the lower end of estimates for us.

I have known many of you for almost 22 years now and I believe you would want Small Paws to try to save this precious little 9 month old Bichon.

I will issue all matching challenges. This is most urgent. Time is of the essence they tell me.

P.S. Little Elf, who was thrown from a moving car in December, is doing wonderfully! His Foster Mom will be adopting him! And she’s a police-woman. No one is ever going to hurt this baby again, Here he is enjoying a Puppachino.

To make a one time donation, or a monthly donation to Small Paws Rescue, you may use your major credit card securely, at this site. Enjoy our user friendly, secure site to make your credit card donations.
If you’ve made a past donation by credit card, you may e-mail Louie Bertolino at louieb@smallpawsrescue.orgto let him know the amount of your donation.
You may also call Louie on his cell phone at 1-337-3Bichon (1-337-324-2466)

Louie is on Eastern Standard Time!
(Please leave a message and Louie will return your call if he is not available!) 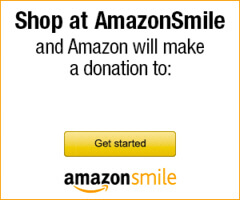 Support SPR by doing your shopping at Amazon with this link! If you are going to shop AMAZON anyway, why not help the Bichons while you do it! We get checks from Amazon Smiles quarterly! Small Paws Rescue Inc. has received $14,040.46 as of June 12, 2019 since Amazon Smiles began!

Also, Small Paws Was Featured on a “The Chicken Soup for the Soul Podcast”. It’s was an interview of how Small Paws Rescue was born, almost 21 years ago! 2019 was our 21st Anniversary! We are so happy to have you join us! Robin