This is an important notice about Facebook, as well as other social media sites.

Each and every day, I’m needing to take time away from rescue issues to answer several e-mails about why Small Paws isn’t on Facebook.

It’s now taking several hours of my time each week, so I felt I needed to come and explain this to all of you.

One reason we are not on Facebook is that we don’t want our members privacy violated, or e-mail addresses being used for SPAM as detailed in this article.

Another reason is that incorrect and outdated information is posted daily on Facebook.

A couple of weeks ago there was an accusation on Facebook that Small Paws had left a dog to die at a shelter in Kaplan, LA., which was not even maybe the case.

This little one had already been tagged for Small Paws and had been moved to a place of safety in the shelter until we could get there. We of course got the  dog into rescue. 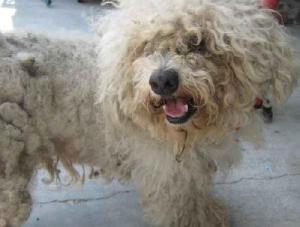 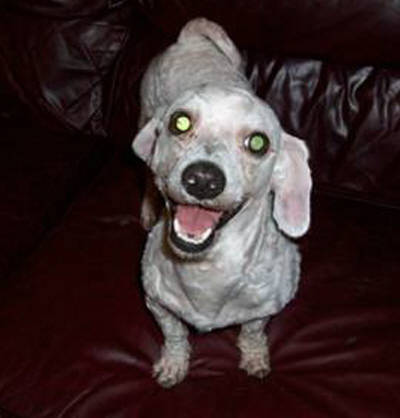 Pookie After Being shaved.

Unfortunately, I spent over eight hours answering e-mails that night and over the next two days explaining to people who were concerned about the numerous Facebook posts, the truth about the situation.

And, since we can’t control what is posted on Facebook, if we had a page as an organization, if one person were to post something that wasn’t correct about another person, we could be sued for libel.

There are numerous other reasons that our Board of Trustees has voted unanimously for Small Paws Rescue not to be on Facebook.

We see fights happening about everything from religion to politics.

We don’t want to be involved in those kinds of disagreements.

We realize that many of you use social networking sites to keep in touch with friends, relatives, ect, and that is great!

We don’t mind if you all forward our newsletters to anyone you choose!

But please respect our decision not to be on Facebook as an organization.

We respect the security of the Bichons in rescue, your personal security and your privacy too much.