Skip to content
Home / News / Uncategorized / Update on “Bliss”/Pictures of Our Newest Bichons Including a Poodle!/ Lucia’s Amazing Transformation. She Is Getting Her Pacemaker in May!/ Help Is Needed.

Though we, as a country, are still going through a small dog shortage in shelters, we are still doing everything we can to rescue Bichons, Bichon Mixes, and anyone who looks as if they may have once met a Bichon!

Shelters are full of large dogs. but small dogs are rare and if they are there are adopted very quickly.

It seems that most of the dogs that we are able to get into rescue, have major medical issues that need major medical care. OF COURSE THEY DO!

And we are here, with your continued support, to keep them from falling through the cracks.

If you are a sick or injured dog in a shelter, a crack is not where you want to fall.

Just as everything else is going up, so are veterinary costs.

We paid almost $300.00 for just vaccinations, in Long Island, New York for an owner surrender.

So we moved that dog to Chicago, to our main vet who gives us a large discount, and ended up saving over $2500.00.

We are trying to save costs while giving the care that is required. That’s just how we roll, and have for 24 years, since May of 1998.

So here are some updates! 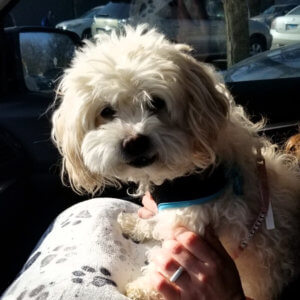 We have a new update on little Bliss, the dog with the mammary tumors and it’s great news. They did one half of the mastectomy and there was no cancer. The masses were benign. We have now done both sides, and there is no cancer!  (She told me that she met a Bichon once, and I believe her.)

Thank you for helping little 10 year old Bliss! She is in the Chicagoland area.

Next, we’ve told you about little 7 year old Lucia, who has sick sinus syndrome. She needs a pacemaker, to be able to go under anesthesia to be spayed and have her teeth cleaned.

Even if she didn’t need those things done, he lifespan would be cut short without a pacemaker.

Below are pictures of her progression from being rescued at a Chicago shelter, to being loved in a foster home, thanks to Small Pawser, David Rann. What a difference! 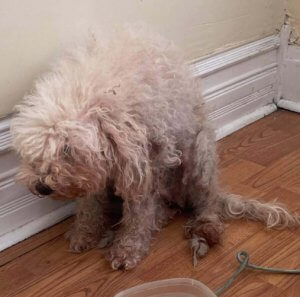 Lucia upon rescue. I wanted her to have a beautiful name. She didn’t feel a bit good. 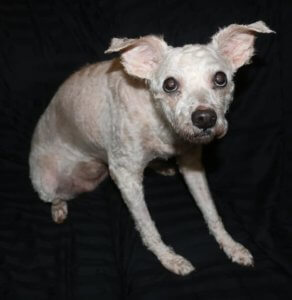 Lucia was mated to the skin, but wait for it… 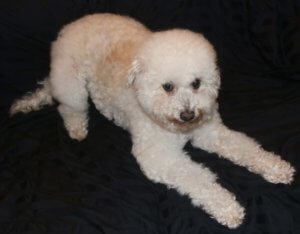 Look what happened when her coat grew out! 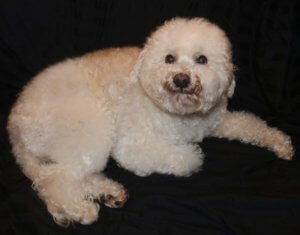 “Peoples, I NEEDS A PACEMAKER!”

We have raised half of the cost, thanks to the folks at the Florida Bash!

The reason this has taken to so long is that there is a shortage of pacemakers for dogs right now! Of course there is!

So, we are going to be using a “lightly worn and barely used” pacemaker from an elderly dog who passed away from something not heart related.

We are going to be moving Lucia to Worthington, Ohio, mid May.

There she’ll get her final medical tests and her new ( well, almost new) pacemaker at Medvet, with Thaibinh Nguyenba, DVM, Diplomate, ACVIM (Cardiology), is a Board-certified Veterinary Cardiologist at MedVet Columbus, where he has been part of the cardiology team since 2007. He is also the Cardiology Specialty Leader for all MedVet locations..

We’ll keep you updated on our first use of a pacemaker in one of our rescues!

I don’t know if any of you know this, but I myself had sick sinus syndrome and I got a pacemaker on April 19, of 2021!

His name is “Thumper” and I take him everywhere. I have never felt better!

Next, here are our newest rescues! 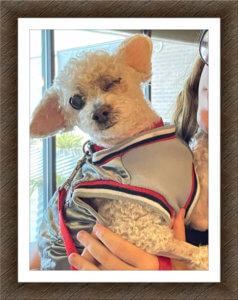 Meet 12 year old Cruiser in North Texas. He came into rescue with a dead left eye. It was very painful, probably due to trauma, and removal of the eye was recommended. He has full vision in his right eye and would love to have a real home! 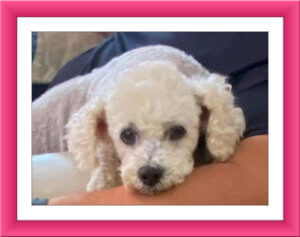 Meet 8 year old “Bluebell” and she’s every bit as sweet as the ice cream she’s name after! She is also located in North Texas. Her elderly owner passed away and the adult children took her to a shelter. 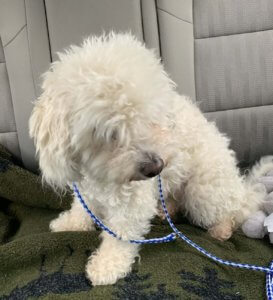 Meet 5 year old “Sara”. She is the one who was an owner surrender in New York on Long Island! Cha-CHING! She is now in the Chicagoland area where her vet costs were much less. 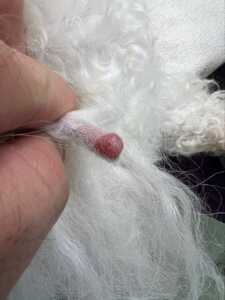 We removed a small mass from Sara’s tail yesterday, and are expecting it to be a benign cyst, but we send these things to pathology just to be sure. 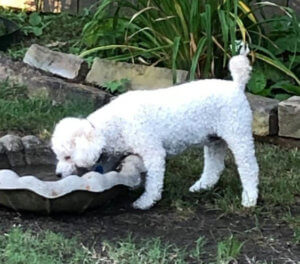 Next meet four year old “Buddy”, an owner surrender in Tulsa, Oklahoma. As you may have noticed, Buddy is a miniature poodle. He’s great with other dogs and would love to have a forever home! 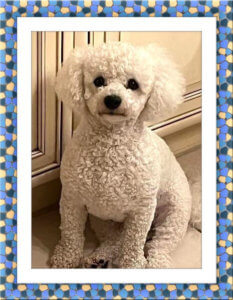 Next meet 2 year old “Beau”. Beau is in South Florida. He will be available for adoption, soon. 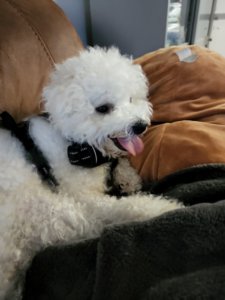 Meet 2 year old “Melo”! Melo was surrendered to an SPCA as his owners were moving and couldn’t take him. Milo is located in Florida.

I’m hoping that some of you have been blessed enough to help them.

I’m here and will issue all matching challenge donations! All My Love, Robin